The Laws Surrounding Surrogacy in Oregon Make It the Go-To State for Both Intended Parents and Surrogates.

People from all over the world come to America to expand their families through surrogacy, with Oregon being the number one choice for many future parents. Surrogacy laws differ from state to state, and Oregon comes out on top. It is considered by many to be “the surrogacy state.” This is due, in part, to their accepting attitude towards the process and the general population’s great health. However, it isn’t the only reason people are attracted to surrogacy through Oregon programs. Surrogacy law in Oregon is making it possible for intended parents to have full rights to their child, as well as their names on the child’s birth certificate, with minimal paperwork and less fuss.

In Oregon, people can find surrogates, go through IVF, and find donors, all in the same place, making the entire process much easier. There is no statute or published case law that prohibits surrogacy in Oregon, making it completely legal for people to expand their families through surrogacy. Both traditional and gestational surrogacy are completely legal in Oregon, and compensation is allowed.

The state is generally accepting of everyone, the LGBT community included. It goes beyond the population’s mentality and sense of community and duty. Oregon’s surrogacy laws grant same-sex couples and unmarried couples with pre-birth parentage orders. When there is no relation between the intended parents and their child, in most cases, the court will still grant them full pre-birth parentage rights, though this does vary case by case. Their open-mindedness and attractive surrogacy laws make the decision of where to begin the process, a no-brainer.

It is recommended that those pursuing surrogacy in Oregon with an experienced surrogacy lawyer to increase your chances of obtaining a favorable ruling. However, an attorney is not required to obtain a pre-birth order.

All parenting judgments made in Oregon will be recognized and are enforceable in other states.

Essentially, if one of the parents seeking a surrogate is genetically related to the baby, they will be granted pre-birth parentage rights.

If the future parent or parents are not genetically related to the child, most courts will most likely grant them pre-birth parentage rights, though this cannot be absolutely guaranteed, as it varies by court. Should a court decide not to grant the order, future parents still have options.

Surrogacy Through Future Parent Options, When No Parties Currently Reside in Oregon

Should none of the parties involved in the surrogacy process reside in Oregon, a pre-birth order is still possible. The gestational carrier must plan on delivering the baby in Oregon, and the order will not take effect until the baby is born.

Oregon’s Vital Records will most likely honor a pre-birth parentage order from another state. After the child is born, the court-certified copy of the judgment must be provided.

A hearing is not required to obtain a pre-birth order. The documents are filed with the court electronically. The parties involved do not need to make an appearance in court. There is no specific venue requirements for parentage orders. For adoption, however, the venue must be in the county in Oregon with which the baby has a significant connection. 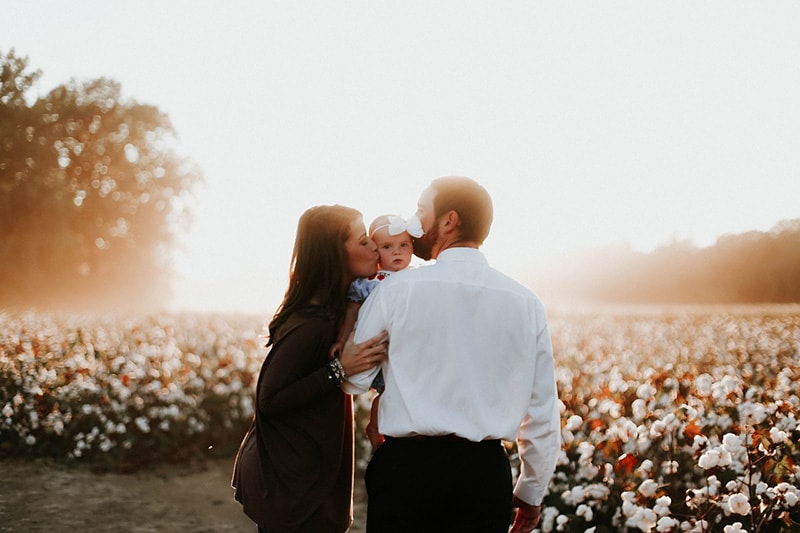 When a baby is born through a surrogacy program, the hospital files a birth certificate with the office of vital records. The birth certificate will include the name of the surrogate, but Oregon law allows this to be changed with ease. Intended parents can remove her name and add their own, regardless of gender. If both intended parents are the same sex, it does not hinder this process in the least.

International same-sex male couples can obtain a birth certificate naming the biological father as the only parent, with no mention of the gestational carrier.

In all cases, Oregon’s Vital Records will honor a second parent adoption order from another state. This will allow a second intended parent to be added to the birth certificate. Non-biological parents in same-sex marriages or partnerships may obtain a second parent adoption, as long as the surrogate mother has resided in Oregon for a minimum of six months at the time the petition is filed.

Effective January 1, 2018, ORS 109.239 absolves sperm, egg, and embryo donors of any rights or obligations to any resulting child. However, the statute only applies to heterosexual couples and same-sex married couples in which one of the women gives birth. It does not apply to single parents or same-sex married men. This is why it is recommended that future parents in this situation hire an experienced surrogacy lawyer, who can work through these issues for them.

Oregon is the leading state for gestational and traditional surrogacy, and it’s not hard to see why. International future parents often seek surrogacy through surrogate programs in the United States for a multitude of reasons, including but not limited to granting their child US citizenship, and healthy, happy surrogates that carry future children for selfless and moral reasons. However, surrogacy laws vary between each state, and there is no denying that surrogacy law in Oregon is the most attractive option. No matter a person or couple’s’ circumstances, Oregon surrogacy laws are in place to benefit everyone involved, regardless of race, religion, sexual orientation or age.

Future Parent Options helps build families through surrogacy. Based in Portland, Oregon we support international families in their your journey towards parenthood.